This topic start to become more and more popular recently.

Many people believe that the practice to mix magic effect with bubbles it is just new or recent; I have read post of many "bubblers" complaining to the fact that magicians start to approach bubbles and to insert it in their show.

This is a recent common mistake.

As soon as Soap Bubbles become interesting for the Show Business (basically in the period of the European Music Hall that coincide with the American Vaudeville) entertainer of all types started to introduce effects with it in their show or, in some case, to create a full act.
Part of this artists where Jugglers, some clown and some, you bet, magicians.
In some catalog of magic equipment, there is evidence of tricks done with bubbles since the beginning of XX Century; mainly involving floating bubbles and appearing/multiplication of bubbles; this means that several magicians was using those effects.

Beside all  we must also do not forget that G. Melies made one of his movies all around "bubbles" and it is titled exactly Les Boulles de savon vivantes - soap bubbles (1906).

Melies had a big background as magician and started his career in the Variete' (the European equivalent of Vaudeville in USA), most probably he watched some magician or performer doing some effect with bubbles, thing that gave him inspiration for the movie; I open this section below exactly with the Melies movie.

From my research I found some example of poster of magicians that was using soap bubbles images in their poster advertising. Now, as in the beginning of XX Century colored posters was really expensive, the fact that some artists included the image of bubbles in their poster, mean that it was an enough important part of their performance.
If you have the possibility to choice only few images of your repertoire, will you not select that one what reflect better your show?

In the pictures that I post below, you can see also an advertising in a magic catalog from the beginning of 1900 of a magic trick with a soap bubble: this demonstrate that magicians was looking and buying (and, therefore, performing) magic tricks that involved bubbles

I recently found a booklet in English language edited from known German magician/prop builder Conradi with a supplement wrote by H.W. Tagrey (Walter Sperling) with the title "Soap Bubbles" and a specific small chapter dedicated exclusively to Magic & Bubbles (you can check some page below). The booklet was printed on 1928 and the part of bubbles it is translated from a German book about bubbles wrote by the same author (see frontispiece in the section dedicated to the books). If a prolific publisher for magician as Conradi decided to print a book in German language about bubbles and to translate it immediately in English it mean that the argument was considered of enough interest for magicians at that time.

Beside, some ideas explained are not dedicated only to magicians and contain information about effects still performed today from bubble performers !

Another Magician from Check Republic (or from east Europe, I could not find many details about him) Jan Zaoralek (1889-1962), it is depicted in a very similar poster (you can compare the 2 below) only, this time, inside the bubble it is the image of his assistant. There are 2 possibilities: or it have been made just for to give “space” to the assistant on his advertising, or, maybe, because his assistant was working with the bubbles. I’m more for the second option, as it was a common practice to depict assistants inside or connected to the object/effect that she was doing in the show.
Kassner and Zaoralek was both performing more or less in the same period when bubble acts like Hap Handy & Co, Frank & Clara Latour, Griff and the other performers that I mentioned in a previous article.

Moving later to the period after the II world war, from 1948 till 1956 another magician, Ludwig Hanneman, known as PUNX, had a big part of his act entirely with bubbles: bubbles appeared, become solid, vanished again and, at the end, a very big bubbles of 30-40 cm (for that time that was big) was blown out from an apparently dry glass pipe.

And, in the same period, G.H.  Nießner , a magician from Wien, had a magic act with many soap bubble effects, one of which was definitely original as he was mixing bubbles filled with smoke with light, as you can see below in the description of his act that I found in the book "Zaubern" (Mertens - Scadelli, 1955) for the first time

In South America almost in the same period worked Héctor Bellucci (1908-1978) who was known as Yadu, and that previously used the names of Doynell and Prince Karma. Skilful craftsman, Yadu produced almost all of his illusions, and exhibited his show with costumes, sets and equipment in the Hindu style. With 6 tons of equipment, it was one of the most spectacular shows of those times. He worked in important theatres and circuses. In his full show he had prepared a full act based on magic with soap bubbles, being probably the first magician to develop this type of effects. He is also known as the first one to use in his show several electrical bubble machines (his own invention and, perhaps, the first working electric bubble machine in the world !) with which he filled the entire stage at the end of the bubble act.

From his bubble and magic repertoire we know that he was doing a kind of "miser dream" routine with bubbles producing a lot of bubbles, "catching" all and placing each inside a special container in his table, at the end of the act many bubbles fly out from same table and at the same time the stage was filled with the mentioned bubble machines creating a spectacular effect. Another trick he had in repertoire was a fan which changed colors and, at the end, produced a lot of bubbles.

His entire equipment is owned actually from Anton Corradin (www.antoncorradin.com), who, kindly, passed all information to me. 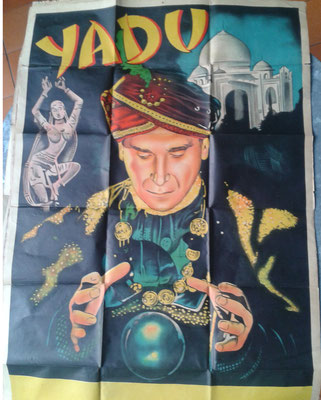 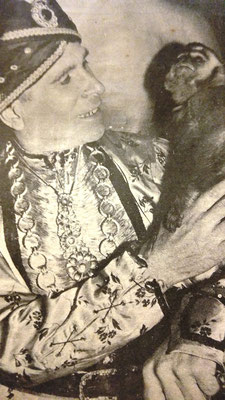 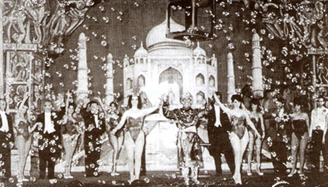 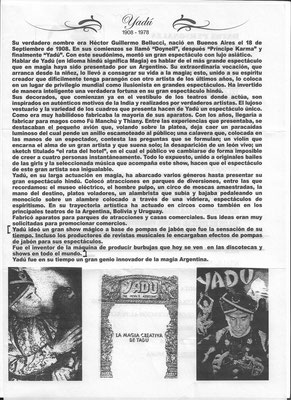 Moving later on again, from mid ’70, a magician from Norway, Finn Jon started to create and perform many effects with soap bubbles, he wrote on the late ’80 a book about bubbles and magic (the cover in the pictures below).

During the '80 other author (mainly magicians) started to write other books about Bubbles and Magic, showing an evident interest between magicians that since Vaudeville era and Conradi never fade away (some cover are reproduced below, more information in the section about books).

In the ’90, another magician from Germany (look like there is a hidden connection between Bubbles, Magicians and Germany…!) Dirk Losander learned the techniques from Fin Jonn and developed his own idea, creating more effects with magic & Bubbles

in the same period (strating from 1996) I developed many effects and techniques, connecting magic with bubbles, some are still in our old DVD “Welcome to the Bubble World” (produced in 2003 and now out of production) and other in our repertoire since 1998.

Now, compare this to the fact that effect like the tristring (read about it in the section  "Invention and his inventor") and all his modifications (commonly used today by an army of people) are very modern and generated only starting from the late ’’80 and that the majority of bubbles effects, like we know it today, originated also in the same period with performers like Pep Bou and, later Fan Yang, and you can have a better idea and vision of all.

Below you can see an add from a magic catalog of beginning of XX century, cover of some books about magic effects with bubbles, from the '80 and '90 and cover of our DVD of 2003